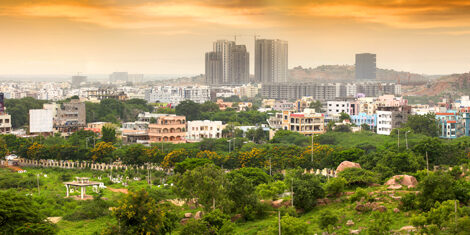 India’s pharmaceutical industry has grown at record levels in recent years but now faces unprecedented challenges as the number of blockbuster drugs scheduled to go off patent begins to decline. As Indian pharma has expanded ANDA filings in line with the patent expiration cycles over the last decade, the result has been an Indian pharmaceutical market fully dominated by generic drugs.[1]  Not surprisingly, while India’s pharmaceutical market has become the third largest in the world in terms of volume, it ranks 13th in terms of value.[2]

Generic domination brings heightened sensitivity to generic pricing. The wave of blockbuster patent expirations and crowding market has had a predictable impact on generic prices. By 2012, brand drug prices were increasing at a rate much faster than overall inflation, as generic prices declined.[3] [4] By 2013, it was observed that for the first time in 20 years the cost of treating common chronic disorders such as diabetes, high cholesterol, and high blood pressure actually decreased, due in large part to lower-priced generic prescription drugs.[5]

The Affordable Care Act will put positive pressure on the U.S. market for generic volume in the near term, and IMS has forecast compounded annual growth of 20% for Indian Pharma for the next 5 years.[6] However, while 86% of prescriptions filled in the U.S. last year were for generics,[7]  generic utilization is not expected to grow significantly beyond this[8], and downward pressure on pricing is not expected to relent. Meanwhile 2018 appears to signal the end of the patent cliff[9] and it has been reported that by 2020, the pool of available profits will begin to shrink.[10]

Indian pharma’s significant investments in the development of a robust pipeline of generic drugs has been a major factor in the success of the industry. Among others are the low cost of manufacturing. On average, the cost of establishing an FDA inspected plant in India is approximately 50% less than in developed countries. Likewise, production costs run about 40% to 70% lower than in developed nations (factors include local equipment sourcing, tax incentives and a focus on process innovation) and labor costs average 60-70% less than developed countries. Moreover, the talent pool in India includes a large pool of highly educated professionals including chemists and chemical engineers.[11]

Such comparative advantages do not represent sustainable barriers to entry and in fact encourage other nations, economies and firms to focus their attention on the generics market. Several global pharmaceutical companies are in the process of collaborating with manufacturers in other developing countries to improve cost competitiveness. The tendency will be low cost manufacturing and production becoming a more common factor.[12]

A New Focus on Innovation

Indian pharma is faced with the need to diversify portfolios, including a new focus on innovation in order to ensure long-term viability and replacement of revenues expected to be lost as the field becomes more competitive.[13] According to one S&P credit analyst “growth prospects are particularly high for Indian companies in the specialty and complex generics segment in the US.”[14] The Zephyr Peacock India Fund notes that the focus should be on complex and niche segments: “Long-term growth can be generated by focusing on specialized therapeutic areas and/or more complex molecules…new drug delivery systems can be used to compete with drugs whose formulation patents have not expired. These segments tend to be less competitive, but development of such applications requires significant capabilities in both research and marketing.”[15] Following are examples of how some of India’s leading pharmaceutical firms are responding:

It has been said that continued success will require expanding into “different parts of the healthcare delivery system … no longer delivering a drug, but a patient outcome”.[20] This is consistent with FDA’s new initiative on Rx-to-OTC switches. For stories on these and other attractive options for diversified entry into the US market click on the following:

Pharmaceutical Development Group, Inc. (PDG®) is a global pharmaceutical consultant with extensive experience in the strategic development of specialty, niche and differentiated drug products for introduction to the US marketplace. From identification and choice of viable candidates for traditional or orphan drug designation through ensuring the existence of cost-effective commercialization strategies, PDG® is unique in its ability to comprehensively and ideally integrate products, dosage forms, populations and FDA regulatory pathways. Please feel free to contact us for more information.