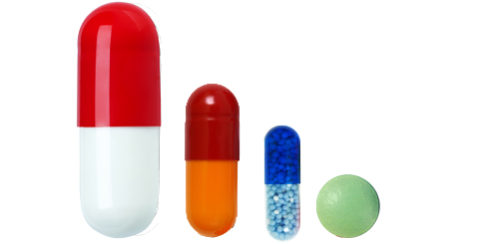 The Value of Reformulation

According to a recent report, reformulation of marketed drugs is a trend to watch through the year 2020.[1] PDG knows through first-hand development experience that drug delivery systems like transdermal patches, inhaled and orally disintegrating formulations can increase ROI. Reformulation is a particularly attractive re-purposing strategy because improvements in safety, efficacy, bio availability, patient compliance and convenience are viewed favorably by FDA as well as the marketplace. Illustrating this point is Purdue Pharma, maker of OxyContin.[2]

In 1995, FDA approved the original formulation of OxyContin. However, OxyContin was often abused via injection or intranasal introduction (“snorting”), following manipulation intended to defeat its extended-release properties. Such abuse resulted in an increase in the number of serious adverse events, including overdose and death.[3] In 2007, Purdue submitted an NDA for a reformulated version of OxyContin,[4] which was designed to be more difficult to misuse or abuse.

In April 2010, FDA approved the NDA, and by 2013 announced new labeling describing physical and chemical properties expected to decrease the potential of abuse. In doing so FDA famously announced that “because original OxyContin provides the same therapeutic benefits as reformulated OxyContin, but poses an increased potential for certain types of abuse, the FDA has determined that the benefits of original OxyContin no longer outweigh its risks and that original OxyContin was withdrawn from sale for reasons of safety or effectiveness. Accordingly, the agency will not accept or approve any abbreviated new drug applications (generics) that rely upon the approval of original OxyContin.”[5]

While Purdue’s patent on the original formulation expired by the time of the announcement, patent protection on the new formula does not expire until 2025.[6] It should come as no surprise that sales of $2.81 billion in 2012,[7] had only eroded to about $2.4 billion in 2013.[8] Compare this to the standard erosion of 90% normally associated with multiple generic entrants upon patent expiry.[9] In the meantime, Purdue continues development of other pain medications utilizing their abuse resistant technology.[10]

Selecting candidates for reformulation can be surprisingly simple. For example, it has been estimated that as many as 40% of adults have difficulty swallowing pills. This is a serious hindrance to compliance to those prescribed lifetime regimens for a chronic conditions.[11] Among glaucoma patients, it is estimated that noncompliance could be as high as 60 percent. The cost to patients of failing to administer their drops is high (progressive vision loss and eventual blindness) and the factors that contribute are surprisingly ordinary. Many may be addressed through reformulation (e.g. sting, difficulty in accurate administration, low drug absorption and fast wash-out), while other factors include forgetting to medicate, cost of prescription refills, and treatment of an asymptomatic disorder.[12]

In late 2013, Teva announced a plan to reformulate or repurpose existing drugs with a goal of $3 billion in sales by 2020. Cited, was a planned new injectable version of the generic product, risperidone. Currently offered as a daily oral treatment, patients often fail to take their medication. While there is a long acting injected version (Risperdal Consta), it is a relatively painful injection into the buttock muscle given in a clinic every two weeks. Teva’s planned version will be injected once a month (possibly every three months) under the skin, which will be easier to prepare, less painful and won’t require the patient to undress.[13]

There are more sophisticated methods of identifying candidates for reformulation. For example, lack of sufficient bioavailability is a frequently cited reason for failure of compounds in the preclinical stage. There are an abundance of poorly water soluble or poorly permeable pharmaceutical compounds that are ripe for development. Also abundant are emerging drug delivery technologies that can be employed to effectively address such solubility and bioavailability concerns.[14]

For example, fast-dissolve formulations are growing across therapeutic areas. Selegeline tablets, first approved in 1996 had to be taken in multiple daily doses. In an effort to improve efficacy and address safety concerns associated with first-pass metabolite formation, Zelapar, a fast dissolve formulation of selegeline was developed. The buccal administration and absorption diminish first-pass metabolism and disintegration in less than 3 seconds affords increased bioavailability and faster onset.[15]

A Pharmaceutical Consultant Experienced in Reformulation Helps Streamline the Process

Critical to success in reformulation is the employment of strategic planning principles beginning at project conception. The engagement of a pharmaceutical consultant with experience in strategic 505(b)(2) submissions should be addressed at the earliest stages of product development. PDG’s strength is formulation driven and includes traditional oral dosage forms (both immediate and extended release), as well as more complex dosage forms such as inhalers, parenterals and transdermal systems. From identification and choice of viable candidates through ensuring the existence of cost-effective commercialization strategies, PDG is unique in its ability to comprehensively and ideally integrate products, dosage forms, populations and FDA regulatory pathways.

PDG Regulatory Expert is Vice-President of Operations and Business Development for PDG, a global pharmaceutical consultant with extensive experience in the strategic development of 505(b)(2) drug products. Please feel free to contact us for more information.

The opinions and statements in this paper are solely those of PDG Regulatory Expert and do not necessarily reflect those of PDG.