Generic Labeling Inconsistent with Reference Listed Drug 78% of the Time 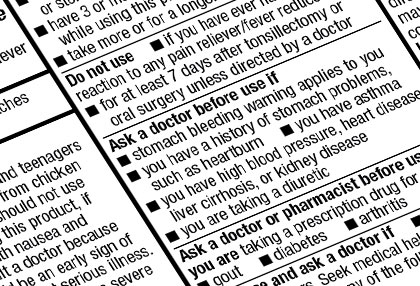 A recent study found that 78% of generic drug labels are inconsistent with the labeling of the reference listed drug (Duke et. Al 2012).

While most of the differences were relatively minor, nearly one in ten were off by more than ten side effects.  The researchers reviewed 9,105 labels representing over 1,500 drugs on DailyMed, a labeling repository maintained by the FDA and the National Library of Medicine (http://dailymed.nlm.nih.gov).

Bioequivalence
Generic labels must “…be the same as the labeling approved for the reference listed drug, except for changes required because of differences approved under a petition filed under 314.93 or because the drug product and the reference listed drug are produced or distributed by different manufacturers. Such differences between the applicant’s proposed labeling and labeling approved for the reference listed drug may include differences in expiration date, formulation, bioavailability, or pharmacokinetics, labeling revisions made to comply with current FDA labeling guidelines or other guidance, or omission of an indication or other aspect of labeling protected by patent or accorded exclusivity under section 505(j)(5)(F) of the act.) (21 CFR 314.94(a)(8)(iv) accessible at (http://www.accessdata.fda.gov/scripts/cdrh/cfdocs/cfcfr/cfrsearch.cfm).

Everything You Need To Know About FDA Regulatory Consulting

Regulatory Consulting and It Involves Categories